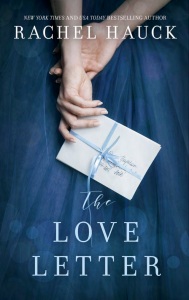 From the New York Times bestselling author of The Wedding Dress comes a story of long-lost love and its redemption in future generations.

Romance has never been actress Chloe Daschle’s forte—in life or on screen. But everyone knows who to call for a convincing death scene . . . and it might be killing her career.

When Chloe is given a peek at the script for an epic love story, she decides to take her destiny into her own hands and request an audition for the lead female role, Esther Kingsley. The compelling tale, inspired by family lore and a one-page letter from the colonial ancestor of scriptwriter Jesse Gates, just might break her out of this career-crippling rut. Jesse would rather write about romance than live through it after his past relationship ended in disaster. But once on-set together, the chemistry between Jesse and his leading lady is hard to deny.

Centuries earlier, in the heart of the Revolutionary War, Hamilton Lightfoot and Esther Longfellow wrote their saga off the silver screen. Esther’s Loyalist father opposes any relationship with Hamilton, but Esther must face her beloved father’s disapproval and the dangers of war in order to convince Hamilton of their future together. Hamilton has loved Esther for years, and on the eve of battle pens the love letter she’s always wanted—something straight from the heart.

Set in stunning upcountry South Carolina, The Love Letter is a beautifully-crafted story of the courage it takes to face down fear and chase after love, even in the darkest of times. And just maybe, all these generations later, love can come home in a way not even Hollywood could imagine.

For all my fellow end-readers out there: JUST SAY NO. Do not read the end of this book before all the rest. I got nervous part way through, almost read the end, but something whispered, wait for it. I AM SO GLAD I WAITED. Wait for the ending, friends, don’t rush this one!

Rachel is known for seemingly weaving together a contemporary and historical story, and this novel is no exception. From the start, the two stories develop, back and forth, keeping me turning pages. The historical story is filled with angst and delayed love, but is well balanced by the sweeter contemporary story, which keeps the drama from getting overwhelming. I really like Jesse and Chloe, as well as several of the minor characters from both stories, but I struggled to connect with Esther and Hamilton and their lack of standing up for their love as well as admitting and committing to it.

It was very interesting getting a small peek into the back story of getting a movie produced, and I admire the way Chloe, and the director, Jer (who happens to share a name with hubs!) find a way to move forward and make it work when challenges come up.

…and the ending. I can’t even. It’s perfect. I was definitely nervous part way through, wondering how it was going to work out, how it was going to satisfy when we knew he didn’t send the letter (which is not a spoiler because you know that from start!). But…oh, my gosh. It surprised me but was awesome.

I received a complimentary copy of this story. All opinions are my own and honest, I promise! I can’t fake the ending gushiness. 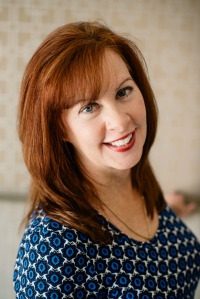 Her book The Wedding Dress was named Inspirational Novel of the Year by Romantic Times. She is a double RITA finalist, a Christy and Carol Award Winner.

Rachel sits on the Executive Board for American Christian Fiction Writers, and is the comical sidekick to Susan May Warren at the amazing My Book Therapy. She is a worship leader and speaker.

A graduate of Ohio State University with a degree in Journalism, Rachel is a devoted Ohio State football fan. She lives in sunny central Florida with her husband and ornery cat.

I’m always looking for story ideas. My husband does a standard disclaimer when I start drilling into a conversation with questions like:

”Have you sought help?”

”Was it love at first sight?”

Hubster says, “Warning, anything you say can end up in a book.”

Then again, sometimes ideas just hit out of the blue. A few years ago I had the idea of a young, contemporary couple meeting by “accident” only to learn that their great grandparents were in love but time, life, family, war, or society made their love impossible.

I suppose there are a hundred ways to tell such a story but when it came time to write The Love Letter, I was slightly infatuated with the Poldark series on PBS.

Set in 18th century Cornwall, the story and the characters were so dynamic I had to write my own version of Poldark.

But could I write a split time with a 240 year difference? I mean, they didn’t have electricity or phones in 1780! They didn’t even have a postal system. Letters were carried by traveling friends or family.

What possible conflicts could my historical characters face? What event could be so dark and tragic to keep them apart?

The Revolutionary War created a perfect backdrop for my young lovers.

I set the story in upcountry South Carolina not realizing the battle I chose for the back drop, the Battle of Cowpens, was the inspiration for the movie The Patriot. (A fav movie of mine!)

For the contemporary story, I started with shoes. I mean, doesn’t every thing start with shoes?

”Nice outfit but what shoes are you wearing?”

”You’re going on a date? You need new shoes.”

What we “walk in” can either empower or defeat us. There’s a spiritual metaphor I’ll mediate on for awhile.

However the shoe angle didn’t quite work so the contemporary story ended up in Hollywood with an actor/screenwriter and an actress.

Both worlds—1780 upcountry South Carolina and contemporary Hollywood—were a bit out of my southern bailiwick.

I did a lot of research on the war and the colonial south. Where I couldn’t find details, I filled in with my imagination.

As for Hollywood, I talked with a screenwriter friend, read books, watched interviews, and then, you know, made the rest up. Don’t you know I eventually ended up on a movie set—Once Upon A Prince—four days after I finished reading the galley proofs for The Love Letter!

One of the hardest parts of the story was the actual love letter. What did it say? Who wrote it and why? Was there more than one? No, only one. But why only one?

I must have written and rewritten the letter five different ways to Sunday before I settled on the magical one.

During the course of the book, I realized I’d never written a love letter. Have you?

I’ve written sentiments to my husband on an anniversary or birthday card. I speak my love and affection out loud all the time.

But a bonafide love letter?

A love letter is it’s own art form. They range from sickly sweet with a lot of “darlings” and “sweethearts” to Shakespearean sonnets.

There’s a vulnerability that comes with writing a love letter. Putting one’s heart on the page creates a new level of commitment with your affections.

It’s fascinating to consider the purpose of a love letter. Have we lost something intrinsic to the human heart with our instant texting and email society.

Can you imagine Romeo texting to Juliet in 2018?

Saw you at your window. You looked hot.

Doesn’t quite have the same ring as: “But soft! what light through yonder window breaks? It is the east and Juliet is the sun.”

Scripture is a continuous love letter. “For God so loved the world—”

Whether you write love letters or poems, or quick texts, or put XO’s on cards to loved ones, write a love letter this month.

Write one to yourself, to Jesus, a spouse, child, parent, friend, foe—

See how it will bless your heart! Off to write my love letter…

Among the Reads, June 21

Cover to Cover and Everything in Between, June 23

The Power of Words, June 23

Reflections From My Bookshelves, June 25

Reading Is My SuperPower, June 25

Have A Wonderful Day, June 28

To Everything A Season, July 2

proud to be an autism mom, July 3