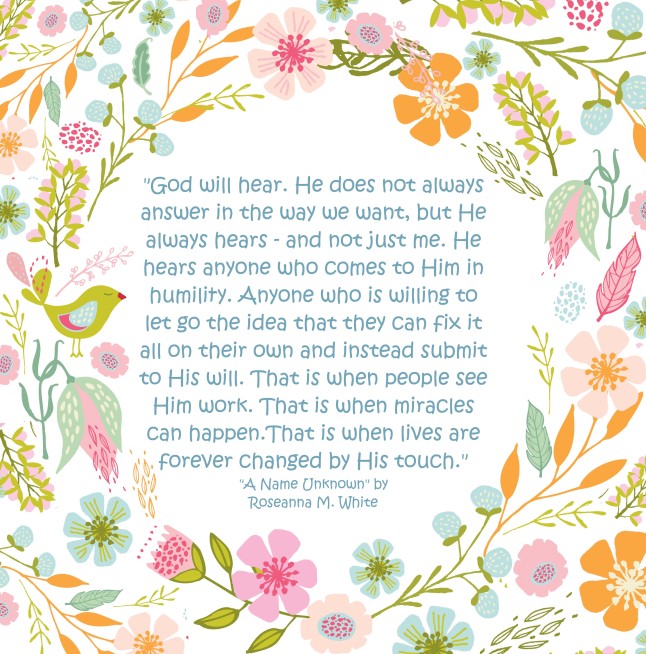 Ladies (and gentleman, if you’re out there) I am privileged to finally be able to post about Roseanna White’s newest, A Name Unknown. Some of you might remember when I geeked out a bit with the cover reveal a couple months ago. I helped with a very small tibit of research (which we both love and I do a good bit of in my day job) and was super excited to see if any of it got incorporated into the book. A tiny bit did as it had to do with some of the questions of citizenship and how to prove it 1914. Needless to say, it is my one claim to fame in life. I am very privileged to have been able to help in any way. One day, hopefully, I’ll be able to meet Roseanna in person as we only live a couple hours from each other. Until then, I shall content myself with gobbling up any new books.

Rosemary Gresham has no family beyond the band of former urchins that helped her survive as a girl in the mean streets of London. Grown now, they concentrate on stealing high-value items and have learned how to blend into upper-class society. But when Rosemary must determine whether a certain wealthy gentleman is loyal to Britain or to Germany, she is in for the challenge of a lifetime. How does one steal a family’s history, their very name?

Peter Holstein, given his family’s German blood, writes his popular series of adventure novels under a pen name. With European politics boiling and his own neighbors suspicious of him, Peter debates whether it might be best to change his name for good. When Rosemary shows up at his door pretending to be a historian and offering to help him trace his family history, his question might be answered.

But as the two work together and Rosemary sees his gracious reaction to his neighbors’ scornful attacks, she wonders if her assignment is going down the wrong path. Is it too late to help him prove that he’s more than his name?

Would it be cheating to just say “Read it, it’s awesome?” Yes? Ok, then. Let me start by saying I recieved a copy of this book from the publisher and am not required to write a positive review, but I am going to anyway because as Mikey always said “I really like!” Roseanna blends together two different world, classes, viewpoints, faith outlooks, etc. beautifully in a story that teaches both main characters that we’re never to old or young to learn and there is almost always a compromise if we allow ourselves an open mind and heart.

I could not put it down and was constantly drawn to the “what comes next?” That said, it broaches on war, and while it does get into some of those elements, it is not overwhelming to the story. You can feel the constant tension and the uncertain future, and I think just a little taste of what life would have felt like full time during that time period. I”m eager to see where Roseanna takes the family.

Roseanna M. White pens her novels beneath her Betsy Ross flag, with her Jane Austen action figure watching over her. When not writing fiction, she’s homeschooling her two children, editing and designing, and pretending her house will clean itself. Roseanna’s fiction ranges from biblical fiction to American-set romances to her new British series. She lives with her family in West Virginia. Learn more at www.roseannamwhite.com.

3 thoughts on “A Name Unknown”